Our thoughts on pronouns and why are they important

Most of us are told from the day we are born what gender we are. For many people, our parents are told what our sex is before we are even born. But is there a difference between sex and gender? Yes! Generally speaking, sex refers to a persons physical characteristics at birth and gender refers to how a person identifies. We often think of gender as being two things, male and female, however, gender is a broad spectrum.

You have likely heard many of the following before… Pink is for a girl, blue is for a boy, girls are the carers, boys are the providers, girls wear pretty skirts and dresses, boys fight and get dirty in the mud. It has taken a long time for women to have the right to vote, to work, to wear trousers but yet it is still considered abnormal for a man to wear ‘feminine clothing’ or it is often seen as funny. There is a long way to go before everyone is free to be themselves and have equality.

A lot of people are comfortable with their sex and their gender and the two things often align but for some of us, we do not subscribe to these made up gender constructs. Some people do not identify with one fixed gender, some may feel comfortable embracing both male and female, some may not identify with gender at all and some may even go back and forth between genders. Gender is not always binary.

“The best way to learn is to talk, ask questions and most importantly, listen.” 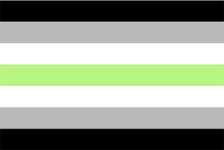 More often than not, depending on what you look like or how you may present yourself, people make immediate assumptions about our gender. We use pronouns every single day and we often do it without thinking. Pronouns refer to the person you are talking about. We are taught from a young age that certain people do certain things, wear certain things, have their hair a certain way or look a particular way. Just because someone may look a certain way on the outside, it doesn’t mean that is also the way they feel on the inside. For some people, being labelled as the wrong pronoun can be very painful, upsetting and alienating.

Some of the most common pronouns are she/ her and he/ him but there are also gender neutral pronouns too including they/ them. There are less common gender neutral neopronouns too which can include Ze/ Zir/ Zirs and some people use no pronouns at all and are simply referred to by their name. You can also click here to read more about the importance of pronouns and specifically pronouns such as Ze/ Zir/ Zirs.

There are many people who push back on this and do not understand, but pronouns matter. You might have heard comments such as ‘It’s obvious I am a man’, ‘This is getting too political’ or ‘My pronouns are King, Queen’. This isn’t something to joke about nor is it a political statement. It can be offensive to make assumptions or deny someone of their identity. Using someone’s correct pronouns is a simple way to show respect and care. There are many people who do not understand the importance of using the correct pronoun but would be upset if someone continuously used the wrong one that they identify with such as calling a man she when he prefers to be called he. 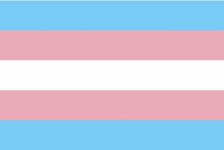 It can feel strange to start introducing yourself with your pronouns and asking other people theirs, but the more you do it, the more comfortable it feels. It can be as simple as saying ‘My pronouns are he/she/they, can I ask what pronouns you use?’. And remember, no one is perfect and we all make mistakes. If you find that you have used the wrong pronoun, apologise, thank them for informing you, remember and move on, trying not to make that mistake again.

You don’t have to completely understand someone’s lived experience to be able to empathise with them or respect their wishes and remember, it is not a preferred pronoun as that suggests that it is a choice. Just like our sex or our sexual orientation, our gender is not a choice, it is simply who we are. The best way to learn is to talk, ask questions and most importantly, listen.

Why not take a look at our page exploring LGBTQIA+ Pride flags and their meanings by clicking here. 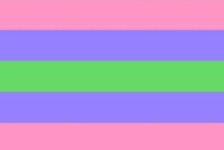 How can I volunteer?

If you’d like to be a volunteer with Changes Bristol, there are various services you can support.

If you would like to help facilitate any of our Peer support groups, including any of our Safe Space groups, please email info@changesbristol.org.uk

You can also support us as a Befriender in our Befriending Service or volunteer for our Walk and Talk Service. You can email befriending@changesbristol.org.uk for more information. 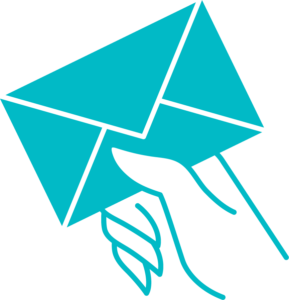